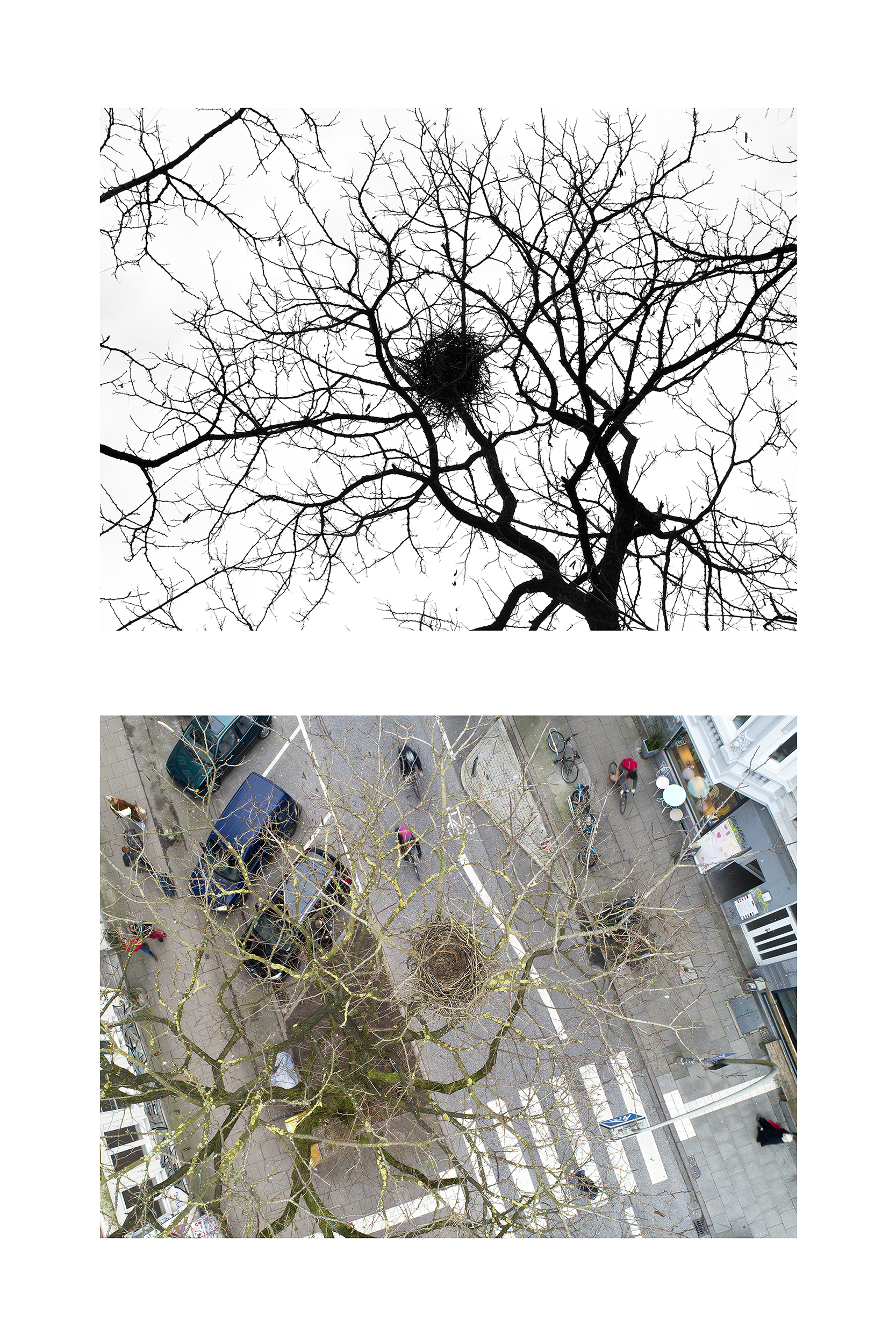 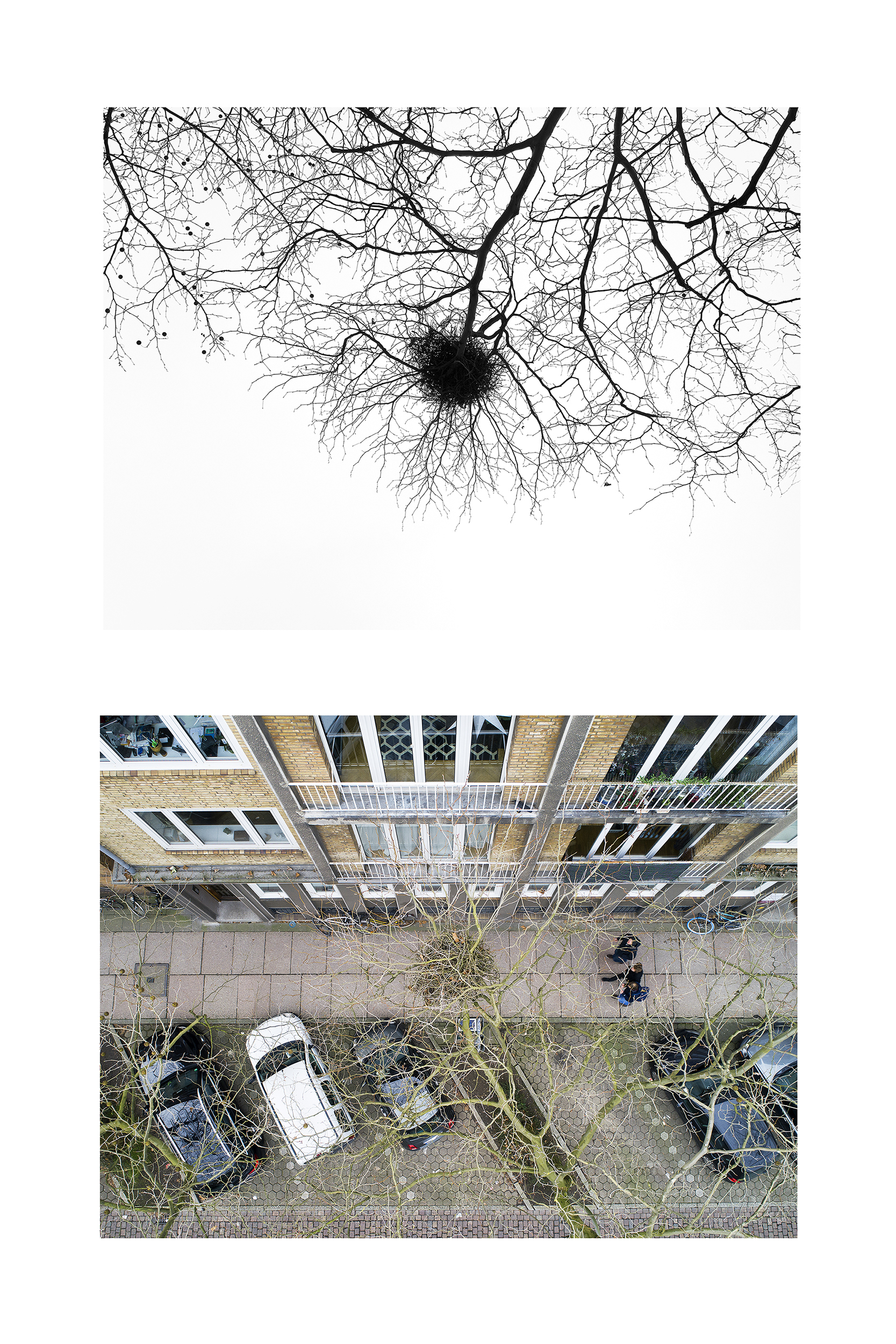 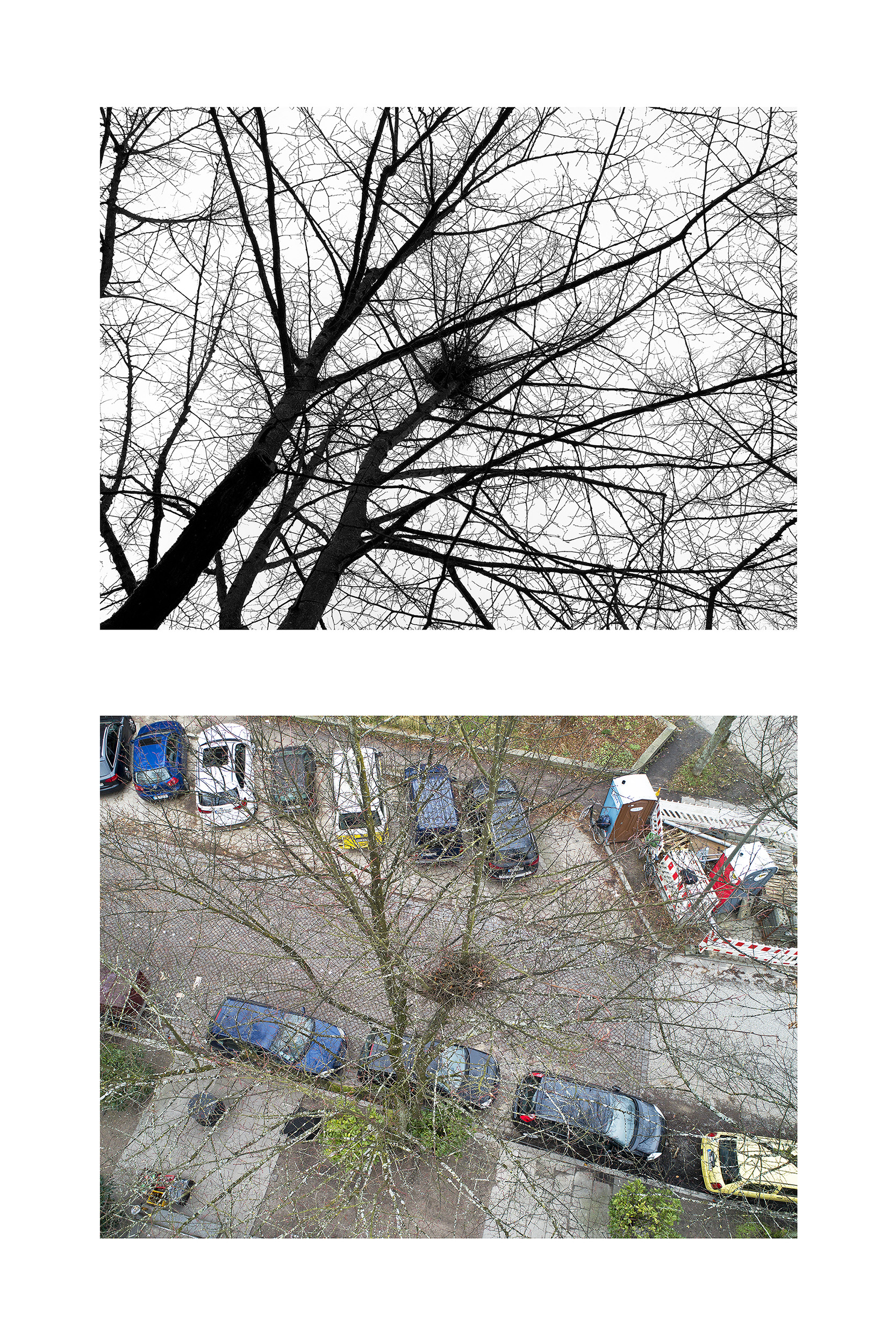 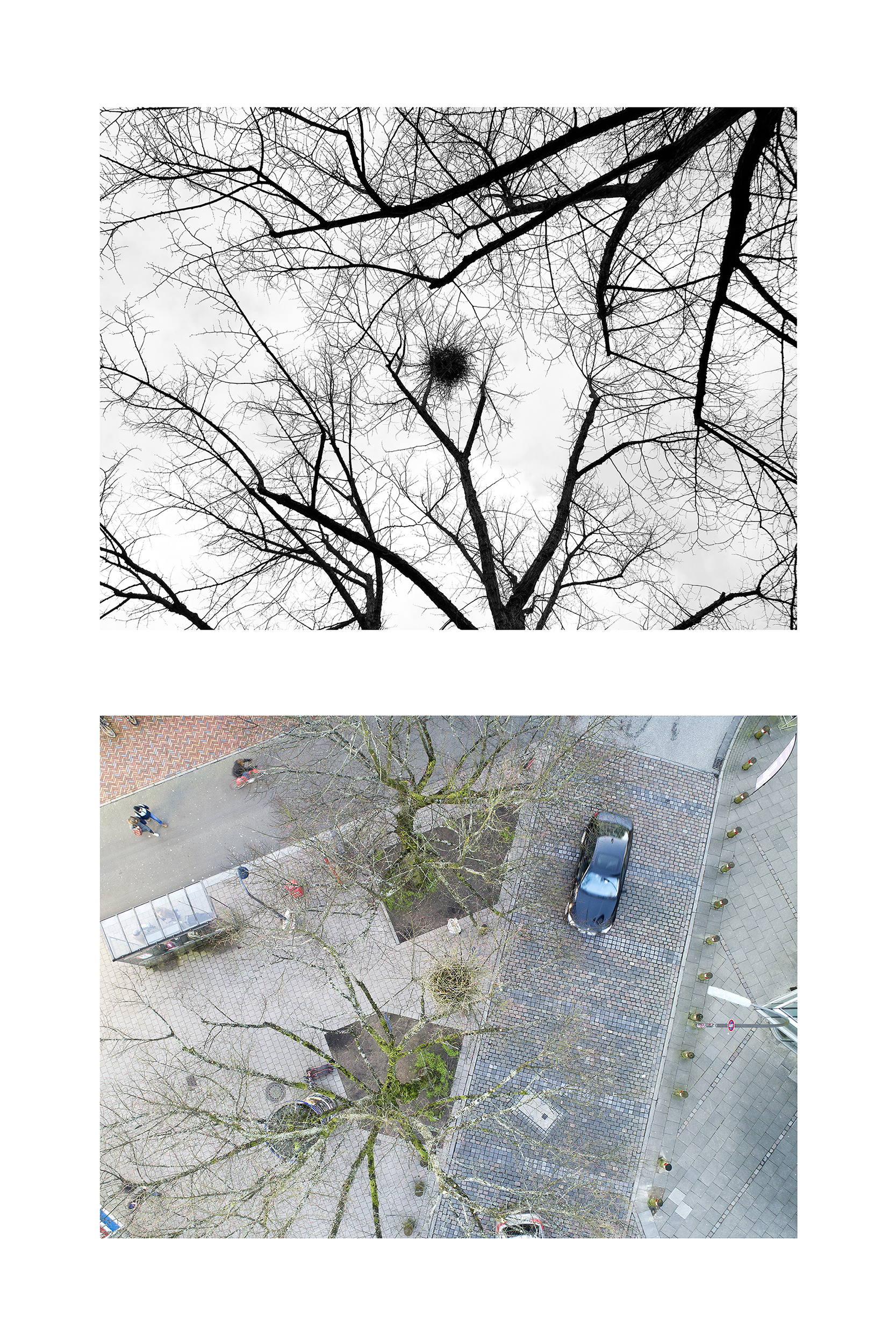 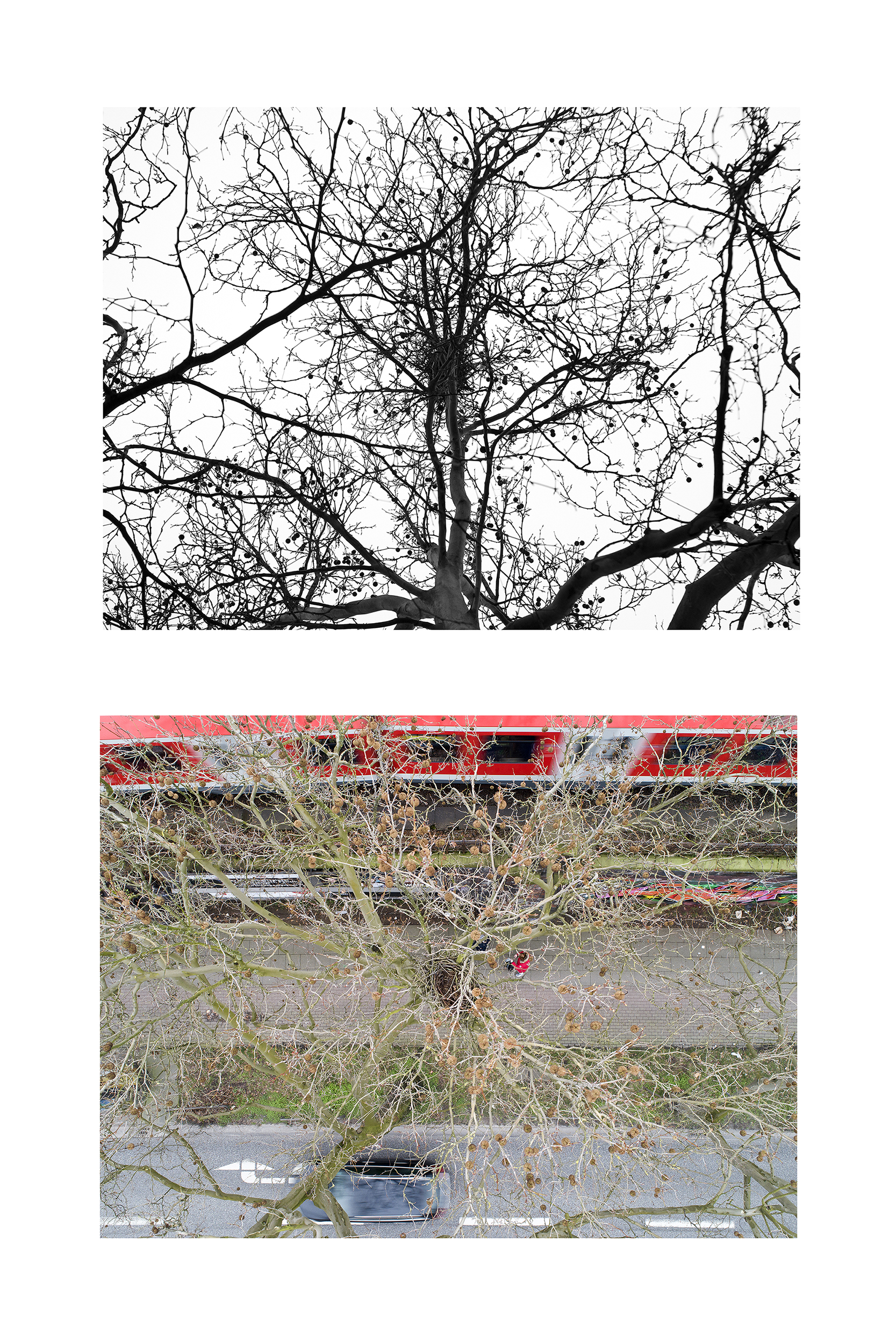 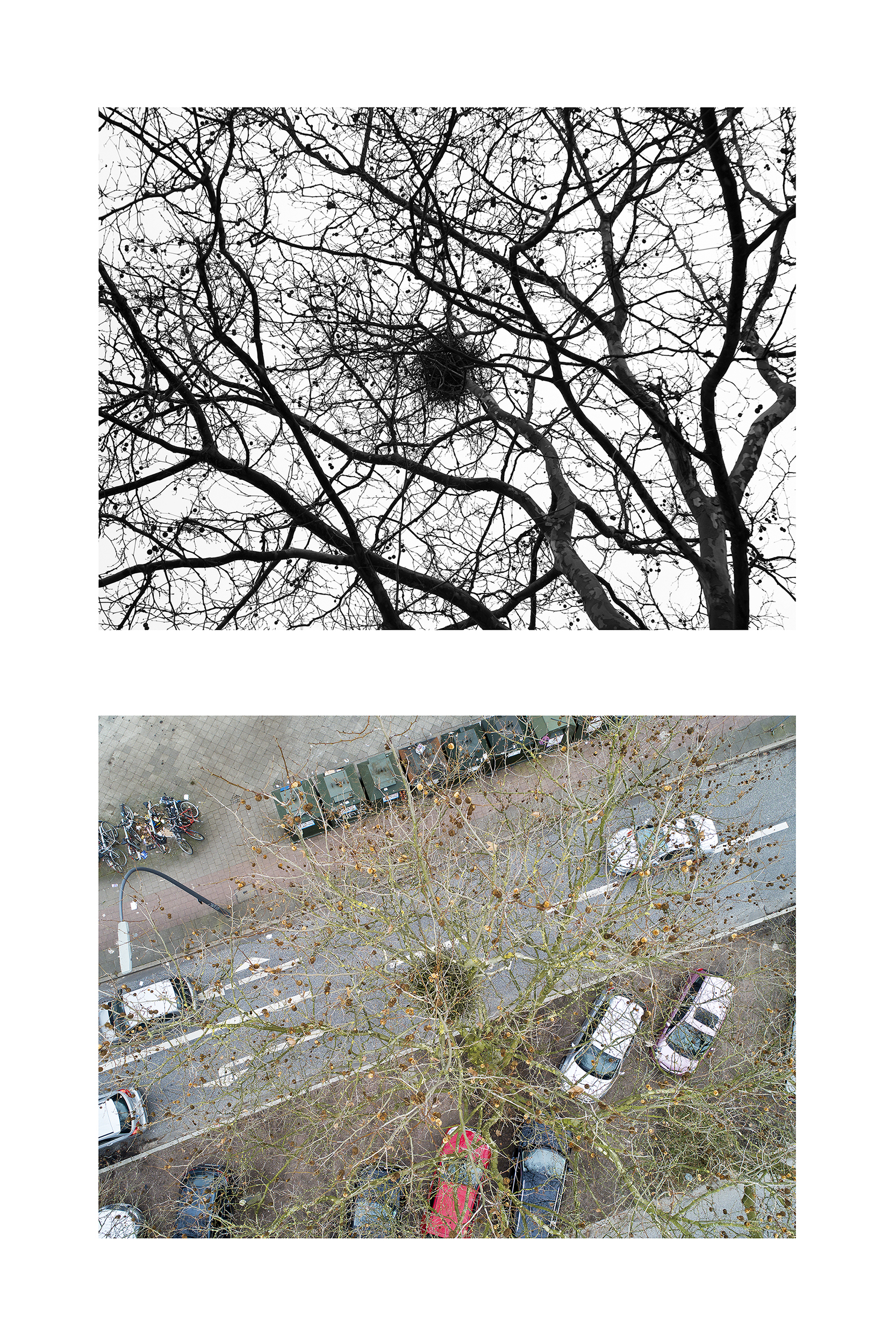 Part 3 The third part of Der leere Himmel/empty skies focuses on the lack of habitat for birds in the city: Valérie Wagner confronts the human perspektive on bird nests with the bird’s eye view onto nesting in a hostile environment.
In addition to the difficult breeding conditions, it also becomes apparent how some bird species – especially crow species – try to ensure their survival by adapting to the urban surroundings.
All photographs were taken in Hamburg. The drone shots were realized by photographer Ulrich Mertens.

In her new photo project Der leere Himmel/empty skies, Valérie Wagner focuses on a highly topical ecological issue: the dramatic disappearance of birds over the last 30 years, which has been recorded parallel to the worldwide extinction of insects. In October 2017, new studies on bird extinction in Europe were published. According to NABU (Nature and Biodiversity Conservation Union), the number of birds in Europe has decreased by 420 million in the last 30 years.

These drastic figures and the noticeable decline in the number of bird species have been an incentive for Valérie Wagner to create an artistic project on this issue that aims to find images of the loss and its consequences. The artist is concerned with what bird extinction means on a physical level: an empty sky, a silent spring and the loss of beauty, biodiversity and quality of life.
At the same time, Valérie Wagner focuses on man’s ancient relationship with birds, which is marked by love and worship as well as ignorance and destruction.
Her intention is to show images of disappearance: the transition from abundance to emptiness, from richness to poverty.

Valérie Wagner has conceived her current project as a work consisting of 4 series that focus not on the causes but on the consequences for people and the environment.

Empty skies is the artist’s way of drawing attention to the death of birds and of stimulating a debate on fundamental questions concerning man’s relationship to his environment: a continuation of her central artistic concern, which inspired her, along with other projects, to the photo series ZEICHEN in 2008. In the same year, Valérie Wagner was awarded the Ecology Art Prize for this project. 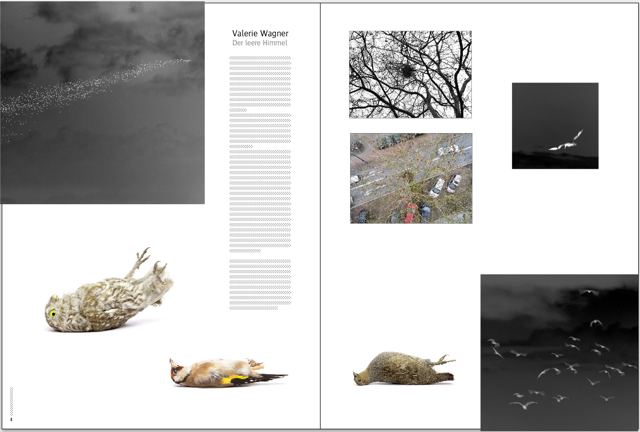