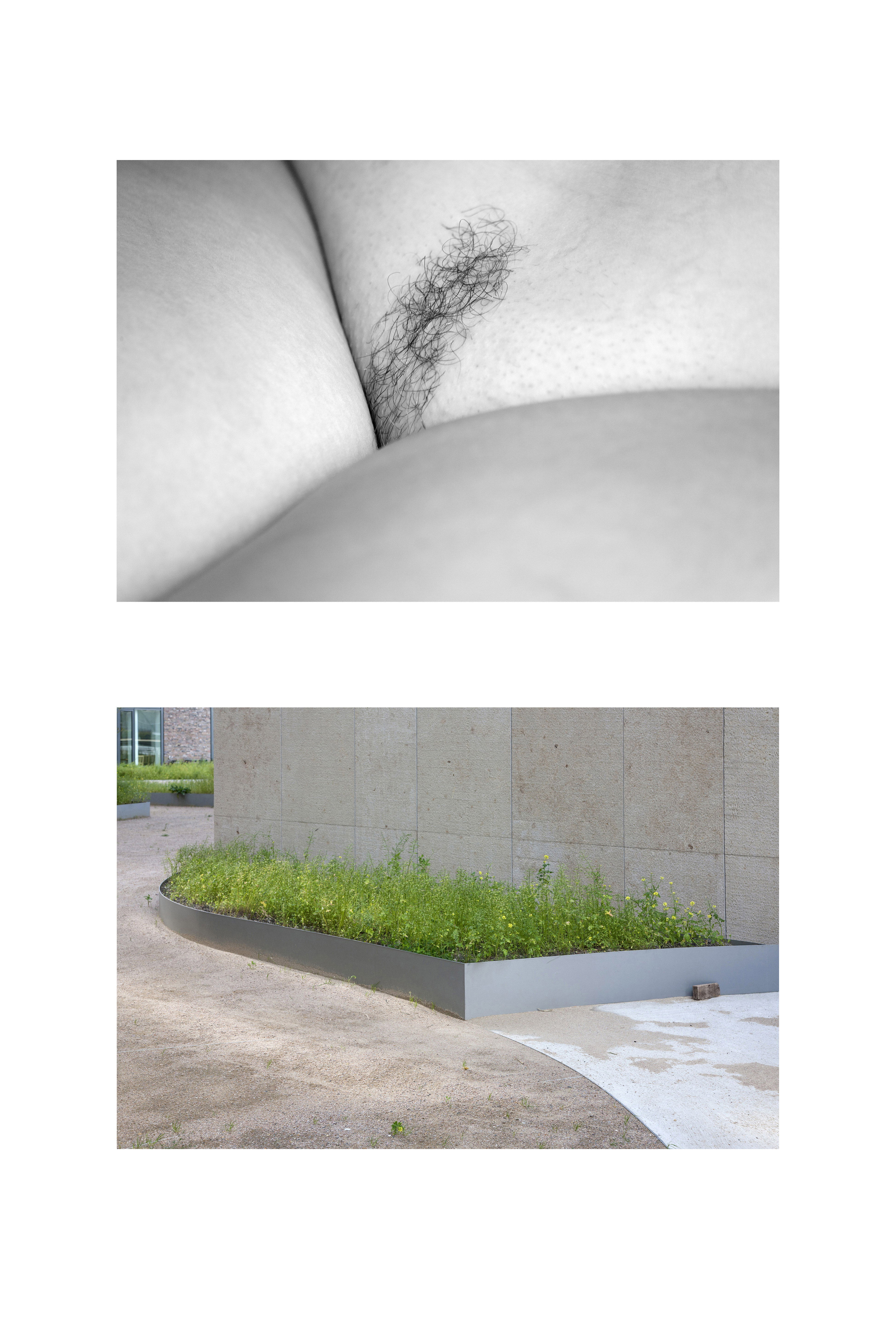 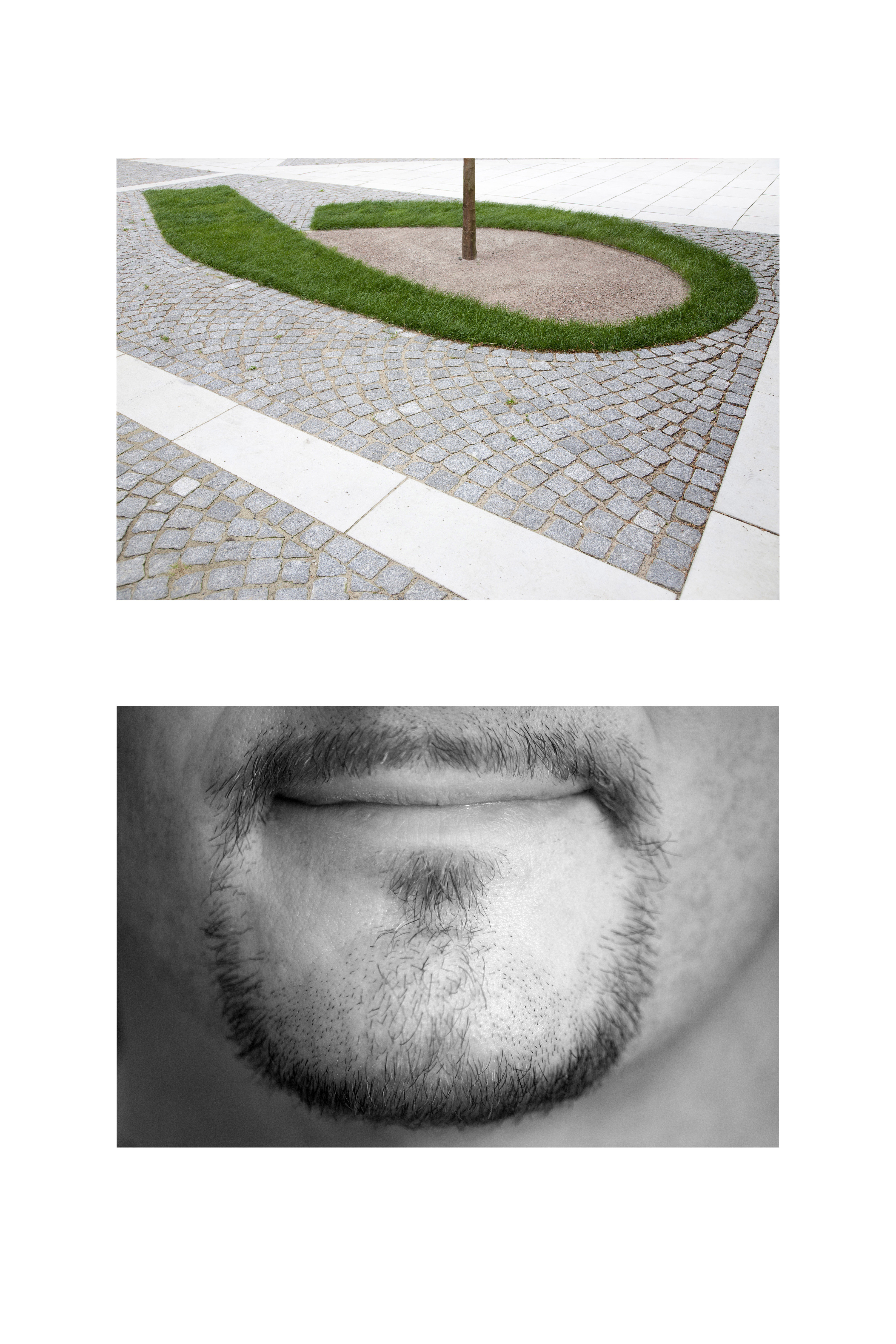 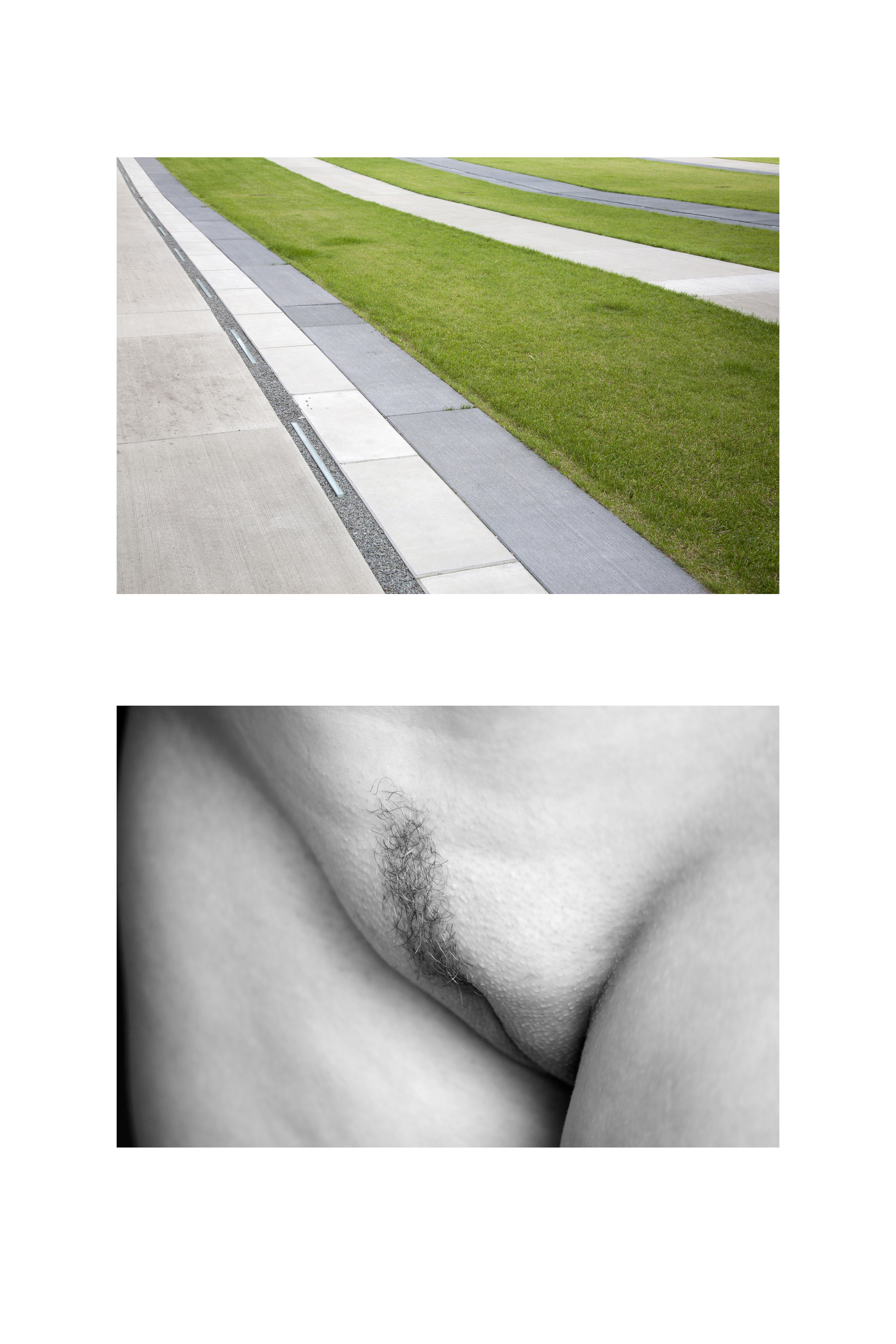 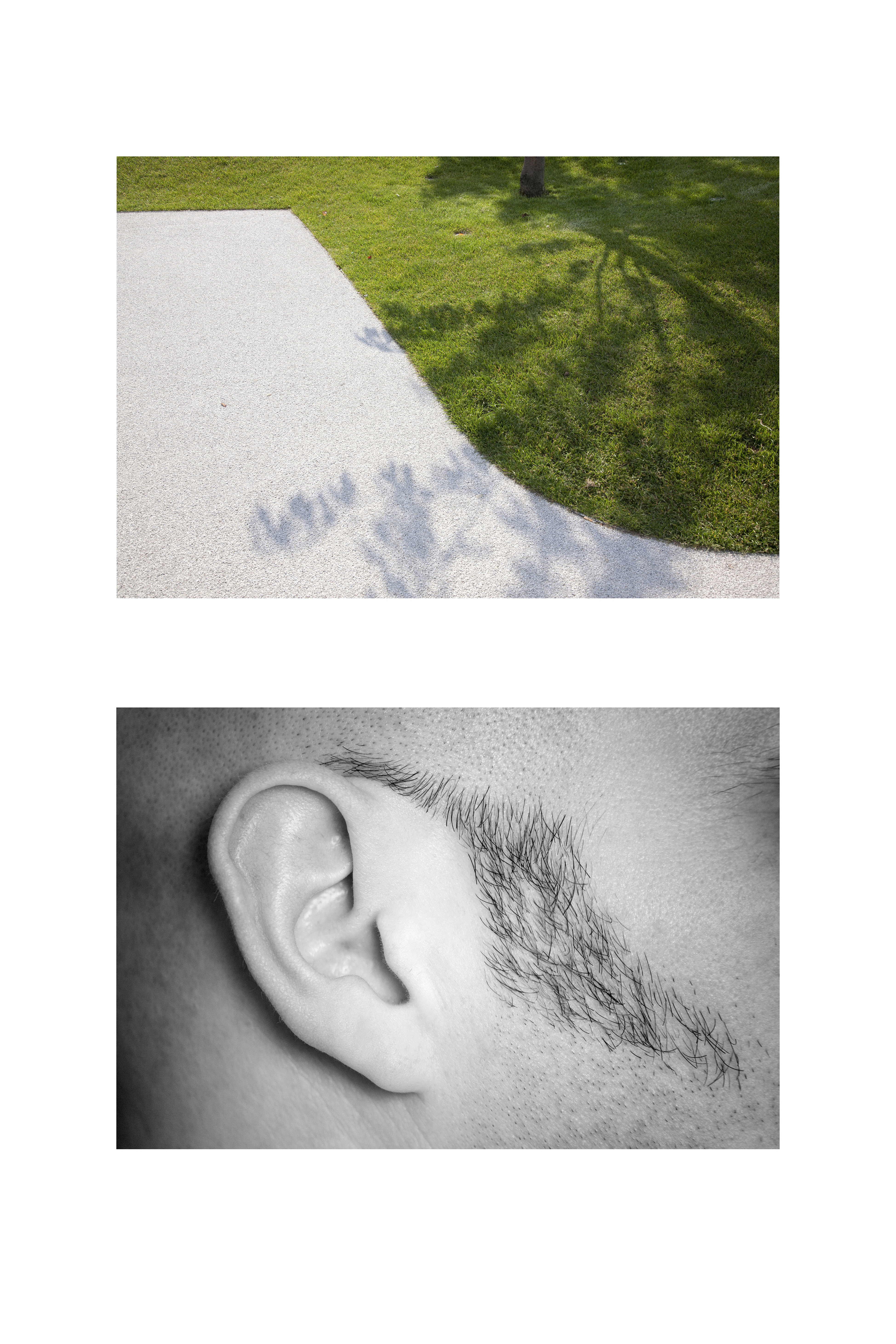 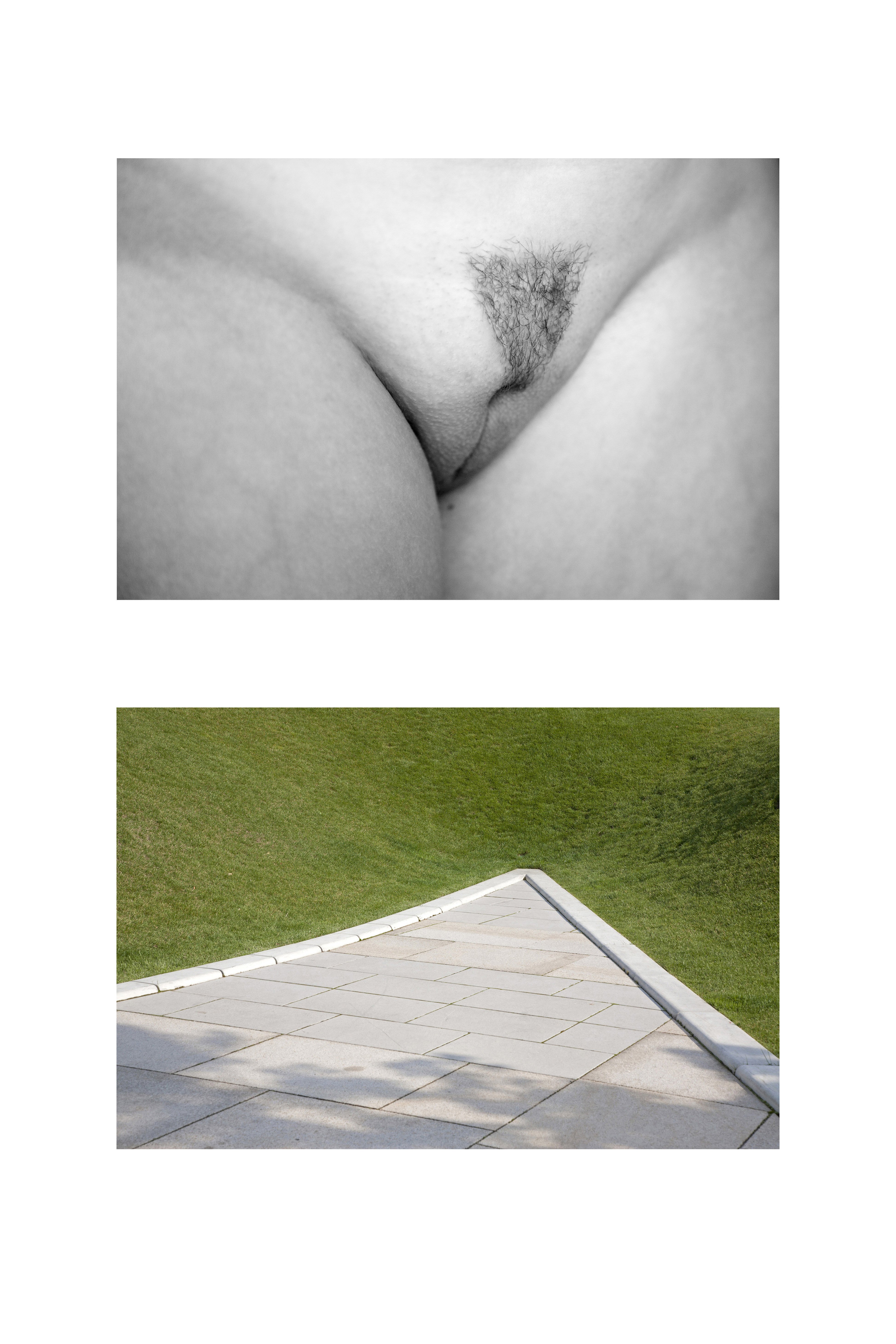 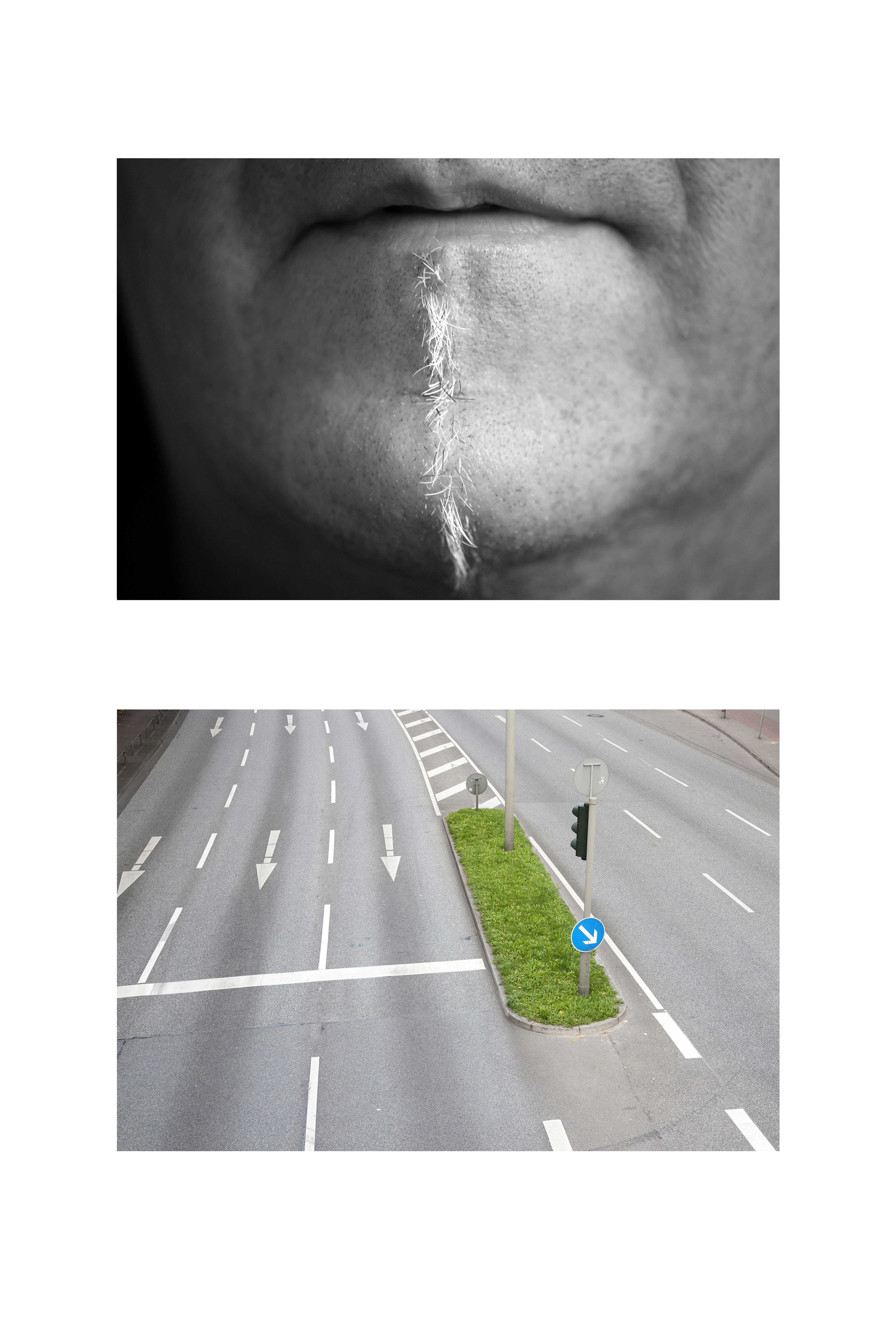 The photowork after shave relates the shaving of body hair to the contemporary design of public lawns and questions the way mankind is dealing with nature, in Cities as well as in relation to the body. The title after shave brings up the question for what remains after nature has been eliminated by mankind.

The Harbour City, a newly built neighborhood in Hamburg/Germany, is currently Europe’s biggest inner-city development project. The need for housing in Hamburg is increasing dramatically and exceeding the existing space by far. In consequence the federal state government of Hamburg decided to create as much housing space as possible within the next few years. Building sites are emerging all over the City, and a lot of public space and wasteland has been sacrificed to complete the ambitious programme. The small recreational areas in town – wasteland, wild gardens, thousands of trees, any idle area – are destroyed and transformed into building ground which again affects the quality of life in town.

The newly built public spaces are being constructed primarily under purely formal aspects and for matters of efficiency: on huge areas of paving stone few trees are planted here and there, and the small lawns are bordered by stone subordinating to this element. Subsequently cultivation means here: nature degenerates into sheer decoration. Uncontrolled growth is being eliminated before it can come into being

With the absence of green areas in the cities due to the need for building ground there is not only a lack of recreational spaces and clean air arising but also people, especially children, are deprived of experiencing nature as part of their life.

When taking photographs in the Harbour City in Hamburg I realised that the shape of the very few existing lawns shows similarities to the design of intimate and other shavings.

The latter are – like the public lawns I photographed – elaborately designed and cultivated. Head and intimate shavings are a manifestation of the will to domesticate the animal nature of the body. Once more uncontrolled growth is being eliminated before it can come into being.

To focus on the form of the shaving rather than on the models and body parts themselves I decided to take photographs in black and white that concentrate on details, whereas the photos I took in public space work through the reduced colour of the few existing lawns.

I am correlating both sides under formal aspects uniting them as an diptych. 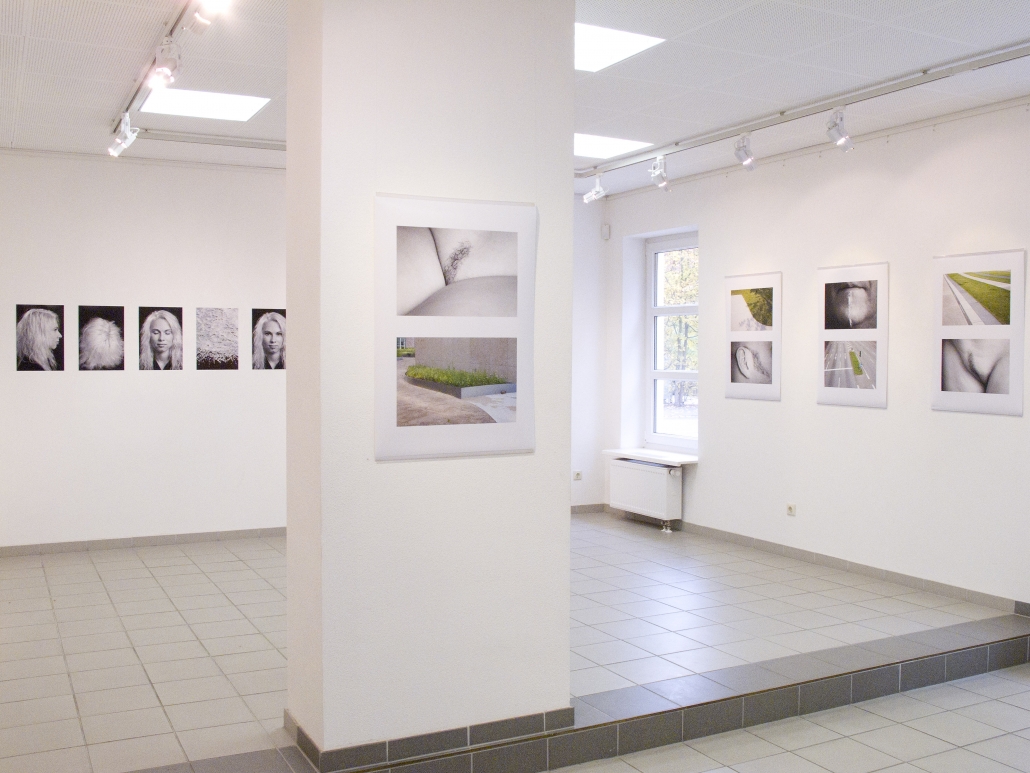